Gas over Oil actuators are used on gas transmission systems where the hydrocarbons are “sour” (have high concentrations of Hydrogen Suplhide). Due to the lack of other power sources in remote locations, the pipeline gas is used to power the actuator, although in the case of gas-over-oil actuators it is isolated from the actuator internals by the oil with which the actuator is filled.

The pipeline gas enters the Actautor via a tapping in the pipeline and is directed to the Gas/Oil chambers. Inside, the gas acts on the surface of the Oil, exerting a pressure which is transmitted to the actuator cylinder. During a shut-down scenario (generally a pipeline rupture), instrumentation in the Control Panel senses a pressure drop and vents the gas from one side of the system. Hydraulic pressure from the other side of the system causes the Valve to close and protects the total contents of the pipeline from leaking into the environment. 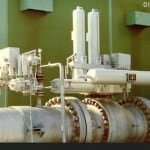 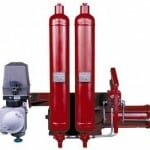 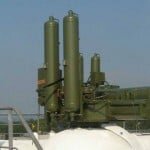 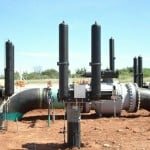